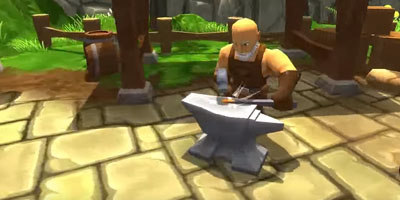 SamuTale made lots of progress again! We worked on all kinds of stuff and we really focus on bringing the first alpha as soon as possible. To start off we would like to announce we now have a... Read more

First of all we want to thank everyone for all the positive feedback we had on our first video. We didn't expect the amount of publicity it gave us and we will try to create more videos from now... Read more

We thought it would be a good idea to create a little work in progress video for SamuTale. It's actually the first video ever released! Keep in mind that all you see is still work in progress... Read more

Two weeks have passed and lot's of things happend to the world of SamuTale. With the inventory, chat and gear equipping finished (sort of). It's now time to show some basic combat like we... Read more

Today we finally finished the inventory! We added the mechanic to equip and dequip armor and weapons by right-clicking or dragging the item. As you can see below the gear is also displayed on the... Read more