The long-awaited livestock update is now live! Patch 0.1.4 introduces chickens to the world of SamuTale which you can catch, tame, feed and breed. Aside from livestock mechanics I also added major graphical improvements, new craftables, and overall polish.

Wild chickens can now be found in the wild (of course) in the form of male and females. They are actually a bit rare to find and will more often spawn in and around forests than the other biomes. Luckily catching them is not that hard and only requires some timing and aiming. You can now craft your own throwing net which can be used to entangle the poor fellas. Depending on your aim skills you can then tame the chicken and take them back to your village! 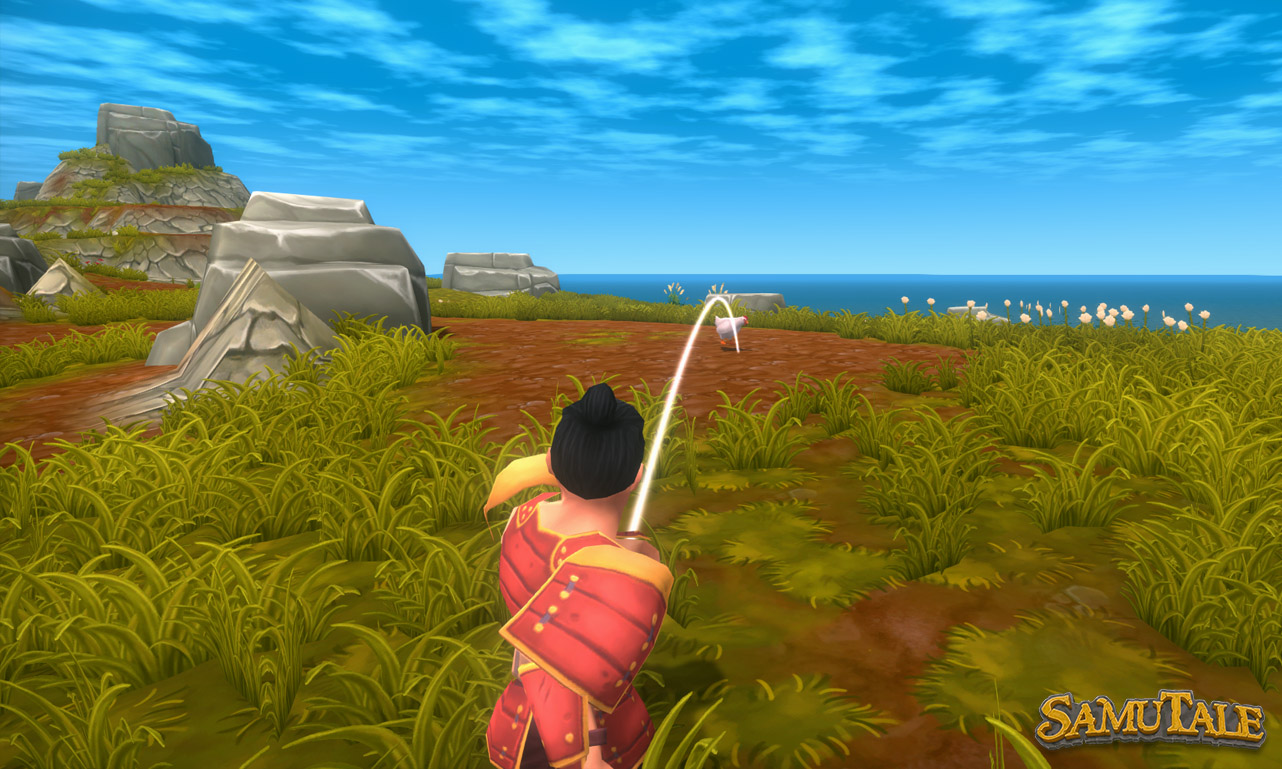 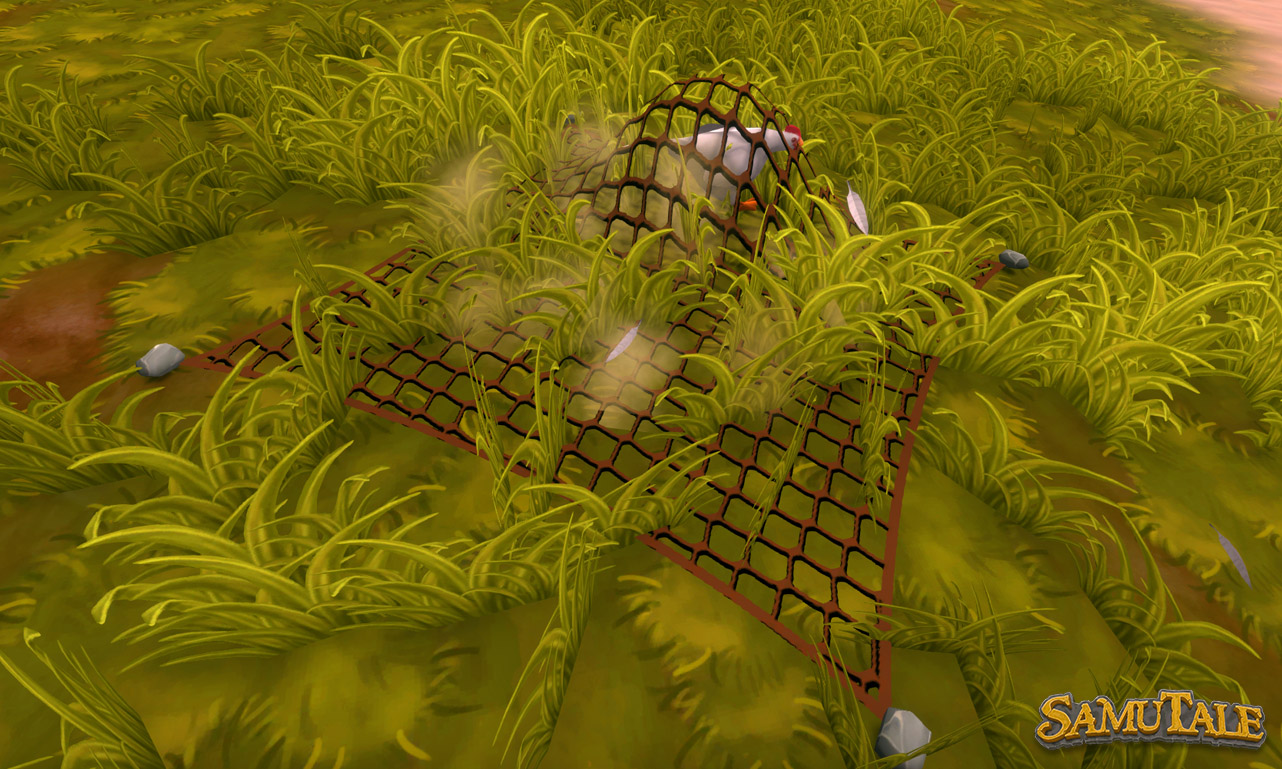 Now you have tamed your very own chicken it's your responsibility to take care of it. The first thing you should do is build a little enclosure for them so they don't wander off into the wild again and die of starvation. You can do this by building normal fences. The newly added 'fence gates' also give the option to make doors within your enclosure. Be sure to give the chickens enough space because they don't like overcrowded areas. Unhappy chickens will eat a little bit more and are also not in the mood for breeding so keeping them happy is very important.

With your enclosure all set-up it's time to feed your chickens. Craft a small feeding trough and fill it with grain. Also, make sure the chickens are not too far away from the trough and are able to walk freely towards it. They will automatically eat once they are hungry. 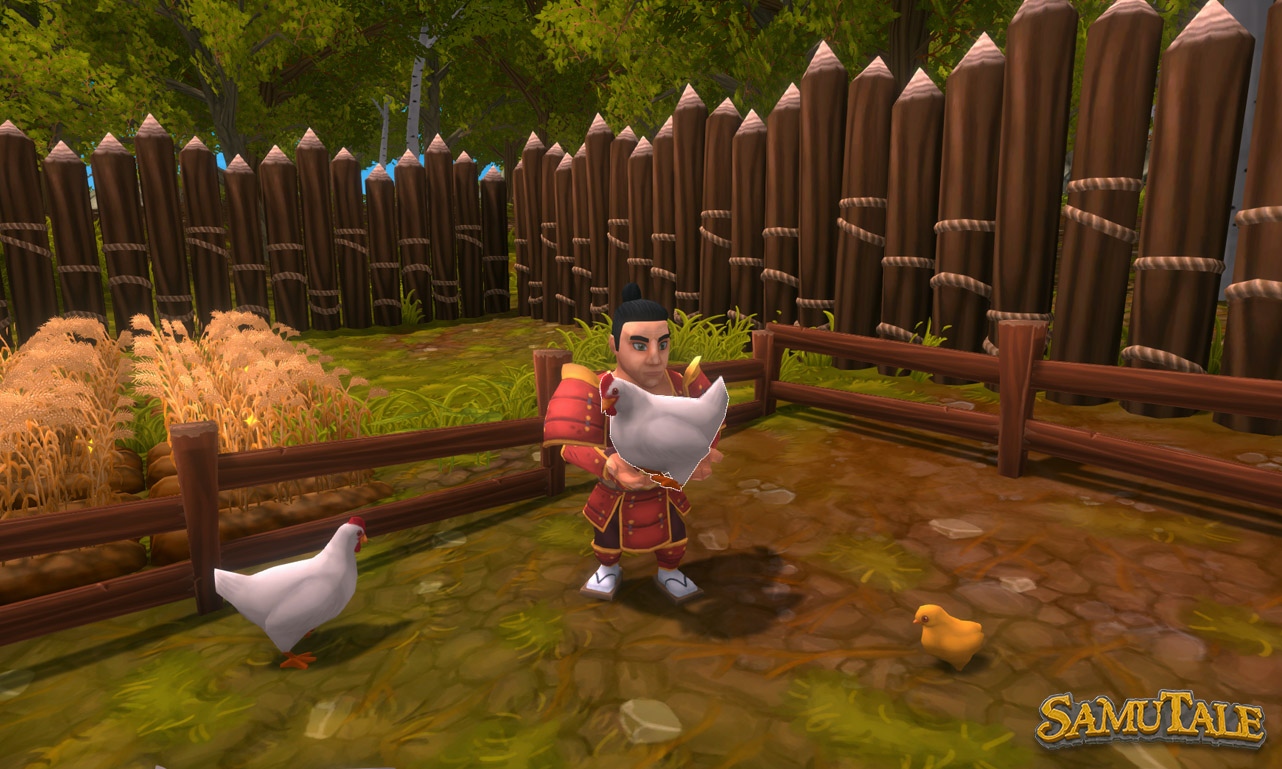 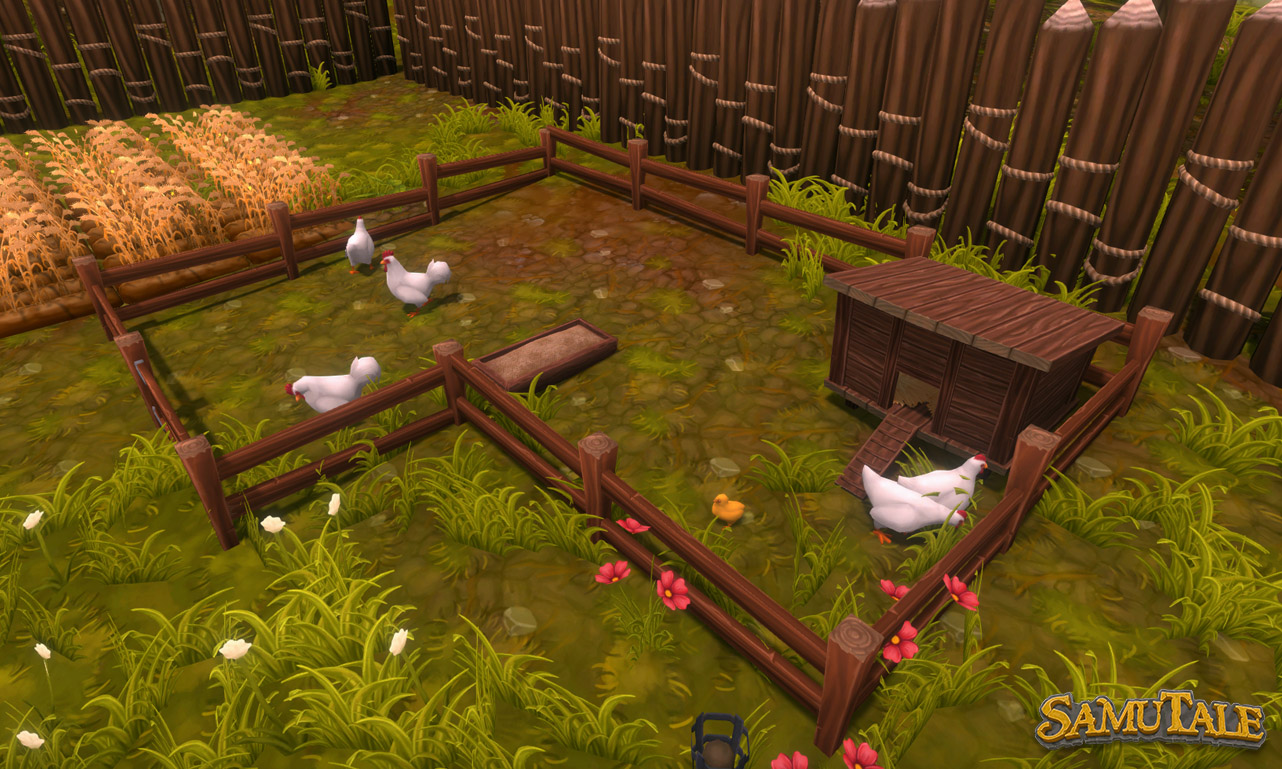 Chicken breeding is fairly simple. All you need is a male, a female and a chicken coop which you can build. Simply put the chickens inside the coop and let the waiting game begin. After some time they'll come out with a newly born chick which will eventually grow into an adult again.

The new update also features some nice improvements. The most noticeable improvement is the increased view distance (almost doubled) which is possible thanks to the new billboard system. I also worked on the sky and implemented dynamic moving clouds, a physical sun, a moon, and a nice light ray effect which can, of course, be disabled in settings.

I can't wait to hear what you guys think! See you in-game!

this mechanic is sweet! Wish I could throw the net on a player, stop them in their tracks 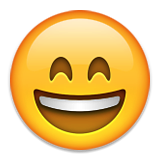