It has been some time, I know. But don't worry, progress is still being made and I have awesome plans for 2018! I wanted to make this blog to give you guys some insights on the progress I made and the upcoming update(s) as lots of questions are flying around about the state of the game.

With the last update, lots of critiques were being made towards the updated movement system. I agreed with the problems and decided to start working on the movement system again which took way longer than I expected. Reworked lots of animations again and even added new ones. The current state of the game features movement animations that are shared between all wearable weapons. I didn't like the fact that walking around with a big two-hander looked like wearing a small dagger with one hand. I fixed this by splitting up the animations for both unarmed/one-handed and two-handed weapons to give a more dynamic feel. And yes, this resulted in lots of extra work, let alone the change I made in the animation system which made transitions much smoother.

Another cool thing I added to the updated movement is what I call a dynamic footstep system. It's basically a system that will play footstep sounds according to the type of surface the character is walking on. With this, I even included sounds for jumping and landing and I have to say it worked out very well. It really added to the immersion of the game!

Then we have the slope hopping problem. Some of you may have noticed it's no longer possible to jump on very steep slopes and cliffs. The restriction is by design but it not really worked out how I wanted because most of the time your character gets launched in the air when touching a steep slope and sliding down felt really glitchy. Took me some time to fix this problem and I can say I'm finally happy with the result which will be made public in the next update. 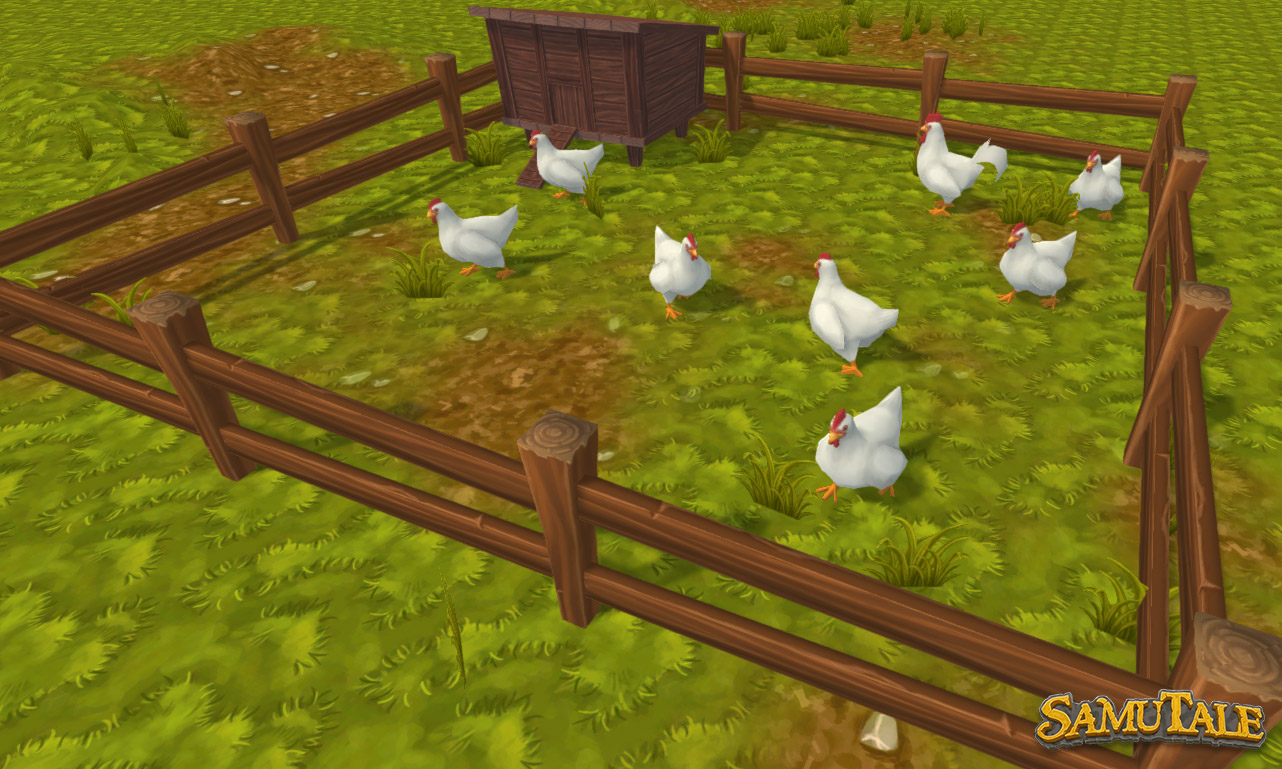 Last year I posted a poll on the SamuTale discord channel asking what should be the next big thing. It was clearly going towards the breeding/livestock aspects of the game. And yes, I also have some progress on that one although this will not be released in the next update as it is still a work in progress.

I started working on chickens which will be the first livestock introduced to the game. They will provide your settlement with a steady supply of eggs, feathers, and meat. The chickens will need a coop to take shelter and lay eggs and it will be added as a new craftable structure. The breeding mechanics are still in heavy development so I can't give many details on this topic yet.

Unfortunately, as stated above the chickens will not be added to the upcoming update as this would result in another delay. The new movement system, animations and more will be released in the next update.

Could you please make this game compatible with tablet

Good work, would be nice to see in future a starting out tutorial/basics for new players rather than having to drum up all the supplies on their own initially.