It's almost time for Halloween, and therefore I have decided to release a halloween sale. This means that all founder packs can be bought with a 30% discount! The sale will end on the 6th of november, so for those who don't have game access yet, have a look at the founder packs.

I also released a new game update with some new features. This time I took some time to expand the snow area as I thought it was a little to small. It has now doubled in size which means more land to explore and more room to build.

The biggest change in this update would be the statistic overhaul. I think a lot of you had the feeling that the difference between level 1-10 was a bit to big in terms of damage, health and energy. Therefore I completely redid all character stats and balanced them out even more! This will give the lower levels a bit more survivability towards the higher levels.

The other thing is the new durability system that has been applied to armor, weapons and tools. They will eventually break which makes them unusable. Luckily Mr. Kenji (blacksmith) in Okura Village is the one and only person that can help you repair your stuff for gold! So don't forget to pay him a visit once in a while to make sure your gear stays in good condition. 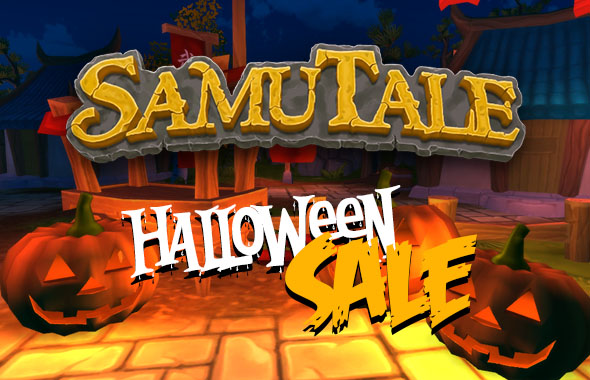 Im lovin the pumpkins around the village! It really adds to the seasons!

Keep up the good work!